Tarek Bouchamaoui: looking back on the businessman’s success story 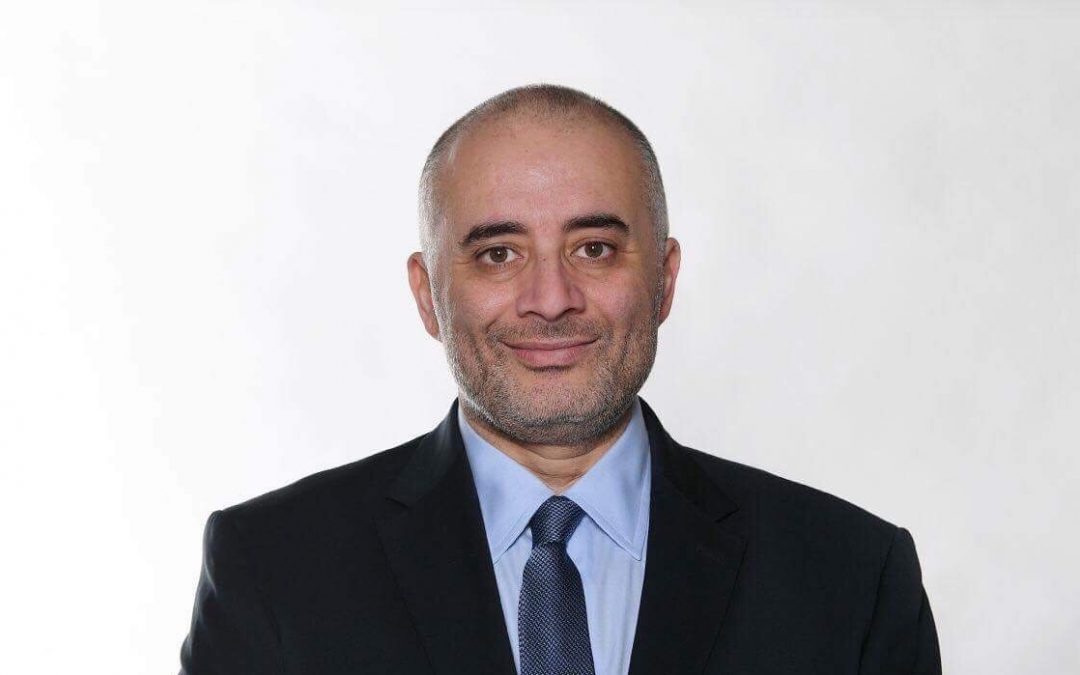 Since 1997, Tarek Bouchamaoui has been at the head of the HBS International oil and gas company, based in Egypt.  Since 2012, he has participated with his family in the strategic management of the various activities of the HGB Holding group.

Tarek Bouchamaoui’s story begins with that of his father, Hédi Bouchamaoui, a self-taught man who became an empire-builder through strong will and hard work. Motivated from the beginning by a strong enterprising will, Hédi Bouchamaoui created his first public works company in Bouchama, his native village in Tunisia. The company specialised in hydraulic infrastructures and the development of agricultural land. Recognised for the quality of his management, Hédi Bouchamaoui was able to win some large contracts. At its height, the company employed nearly 5,000 people.

Tarek Bouchamaoui’s father’s company progressively turned towards the oil industry and, in particular, the installation of pipelines. In 1968, the company changed name and became “Bouchamaoui Activités Pétrolières”. Another turning point came in the middle of the 1980s when BAP was entrusted with the construction of an oil rig in the Gulf of Gabès. When Hédi Bouchamaoui died in 2009, the company he had founded had become a key player in the Tunisian oil sector.

Hédi Bouchamaoui was always dedicated to transmitting the entrepreneurial spirit to his three sons and four daughters. The young Tarek Bouchamaoui carried out several summer internships in his father’s companies during his adolescence, which developed his lively interest for the world of economics and industrial engineering. After his Baccalaureate, he left for the United States in order to pursue studies in engineering at the University of Michigan.

On his return to Tunisia, the newly-qualified young man began his professional career by working within two companies owned by his father: Bouchamaoui Oil Company and a textile factory. Tarek Bouchamaoui chose to serve successively in all roles: as a labourer, foreman, engineer, supervisor etc. This allowed him to acquire intimate knowledge of the various aspects and functions of the company, dealing alternately with the follow-up of construction sites, the carrying out of projects, budget management, partnerships and strategy.

In 1993, Tarek Bouchamaoui was nominated managing director of HBS Oil Company, an oil prospecting and hydrocarbon production company very recently established by Hédi Bouchamaoui. This private company was the first of its kind in Tunisia and, more widely, in Africa. This second professional experience allowed him to develop an understanding and global mastery of all the stages of oil production, from exploration to drilling.

Through their roles within HBS Oil Company, Tarek Bouchamaoui and his father acquired a strong reputation throughout the oil industry. They won a call for tender for oil exploration in Egypt and created the company HBS International, Egypt for this project in 1997. It was the beginning of the internationalisation of the Bouchamaoui family’s activities, for which Tarek Bouchamaoui undertook the main international responsibilities.

HBS International Egypt is a flourishing company, with a production which reached 25,000 barrels per day. Today, the company is exploiting several deposits at the same time and has several research permits for the development of its prospection activities. In 2017, more than 250 employees were working daily on HBS International Egypt sites.

In the days following the Tunisian revolution of 2010-2011, which ended with the departure of President Ben Ali, the Bouchamaoui family wished to become involved in its country’s economic development. Large amounts of capital were repatriated from Egypt to Tunisia with the aim of creating HBG Holding, which came into existence in 2012. An ambitious strategy for investment and the diversification of activities was implemented.

A new method of governance was put in place at this time. Family-based management gave way to “corporate” governance, founded on a clear disassociation of operational and strategic management. The operational management is entrusted to qualified management staff recruited from outside the company; for its part, the Bouchamaoui family takes care of the definition of the wider strategic approaches and investment policy.

A patriot to the core like his father, Tarek Bouchamaoui is mindful of the economic development of his native country, Tunisia. He is Vice-Chairman of Réseau Entreprendre Tunisie, whose mission is to encourage, help and support people wishing to initiate economic activities in Tunisia.

For Tarek Bouchamaoui, companies are not purely economic machines, destined solely to reap profits. They have a leading social role to play, which is to contribute to social progress, employment, development and the prosperity of the country which has seen their birth. It is a vision which Tarek Bouchamaoui strives to share every day.

With his brothers and sisters, Tarek Bouchamaoui is also at the spearhead of the Fondation Hédi Bouchamaoui. Created in 2016, this structure is committed to the development of education and culture in Tunisia. The young foundation has already undertaken many grassroots activities, such as the modernisation of primary schools and the “Schoolbag for all” scheme.  The Hédi Bouchamaoui Foundation is envisaging an extension of its sphere of intervention into the health care and hospital sector over the next few years.

Tarek Bouchamaoui has been passionate about football since his early youth and for several years has been putting his skills as a businessman and in strategy on the line to help soccer institutions. A member of the Executive Committee of the African Football Confederation (AFC) since 2011, Tarek Bouchamaoui has also been a member of the Executive Board of the Fédération Internationale de Football Association (FIFA) since 2015.